​A ​Few Recent Examples of the Door-to-Door Dog Grooming Difference Reported by Recent Customers:
1. A large dog we recently groomed and charged $55 for was previously groomed by a large local chain groomer for double, $110. The customer also reported that their groom was far inferior to ours and much of what we did the other groomer inexplicably left out.
2. Two small dogs we successfully and pleasantly groomed today were recently banned (in writing) from a large local chain groomer for alleged behavior issues.
3. A large dog we recently groomed had extremely long, overgrown nails that we easily, successfully cut, yet a previous local groomer refused to cut them because the dog was "difficult."
September 15, 2015 Report

​​1. A retired champion show cocker spaniel we recently groomed for $45​ was previously being charged $75 by a local groomer for a much inferior groom.

​1. A customer reported that her "anxious" dog was quit on by a

​local groomer and returned half shaved. The customer was unbelievably charged the full price for the groom.

​​2. This same dog had previously needed to be sedated (for $250) by a vet to have his nails trimmed. (Groomers had been unable to trim his nails.) We were able to successfully trim his nails without sedation and without incident. His owner was very pleasantly shocked!

​1. A customer reported that she was recently charged $75 for her Yorkie Kody, whom we groomed for $35 (See "Transformations" Page). And to make matters worse, that local groomer did not bathe Kody, did not cut his nails, and left a cage dryer on him that left him panting excessively.

​2. Another local groomer shaved Kody all the way down to his skin despite that his owner requested a "teddy bear cut."​​

*These incidents are reported as they were reported to us by customers. We hope they help you to make the decision to allow us to serve you and show you how truly different and better we are.
Thank You, Door-to-Door Dog Grooming

"First, I want to thank you so much for accommodating us and getting Biscuit ready. Second, I really appreciate the fact that you left him looking like 'him'. The last two times we took him to Petsmart, I asked them to just take about 1/4 off and instead he would return with 1/4 of hair left, looking so different and weird. Third, I would always complain about the wet dog smell after grooming but he smells so good today. Finally, we would like to do this at least once a month and I would like to know the cost for this same service on a monthly basis.
Once again, thank you for a great service!
The Stallards" 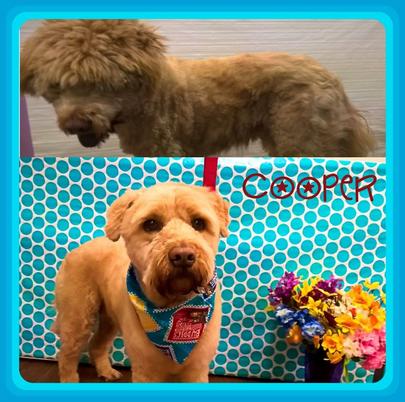 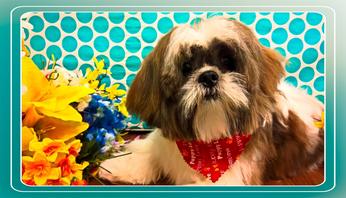 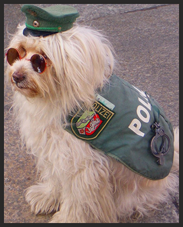 Real Reports of Dog Grooming in Puyallup, Tacoma and Elsewhere...

Transformation and Great Story of the Week 3/4/16

This sweet guy looked so rough because nobody else could/would groom him - tried and failed. He was attacked by someone and has severe fear, anxiety and defensive hostility issues as a result. We loved on him, and as always, took things gently and slowly. And wow what a result! Way to go Josie - Awesome Care and Groom! Thank you to Cooper's owner for her trust!

​A specialty of ours is fearful, anxious, neurotic, defensive/hostile and "ungroomable" dogs. You can trust our care!
Owner 5 Star Facebook Review: "Cooper has had some bad experiences with groomers. Some saying he could not come back, others doing a bad job and charging too much.Josie spent time getting to know my boy and the treats helped. This as been a great experience and Josie has a customer for life!" Pam A. March 4, 2016

The Best Mobile Dog Grooming - We Pick Up & Drop Off For Free, Beautifully Groom, Have Kind Hearts and The Best Prices!